Keir Starmer has “dramatically pledged to quit” if he’s fined by Durham police for breaking lockdown rules over “Beergate”, says The Guardian. Labour is giving investigators a “dossier of evidence”, including time-stamped WhatsApp messages, that it says will prove Starmer went back to work after his curry. The Queen has missed today’s state opening of parliament for the first time since 1963, due to what Buckingham Palace describes as “episodic mobility problems”. Prince Charles read the Queen’s Speech in her place. An Andy Warhol painting of Marilyn Monroe has sold for $195m at Christie’s, making it the most expensive 20th-century artwork ever. Shot Sage Blue Marilyn (1964) was snapped up by art gallery tycoon Larry Gagosian. 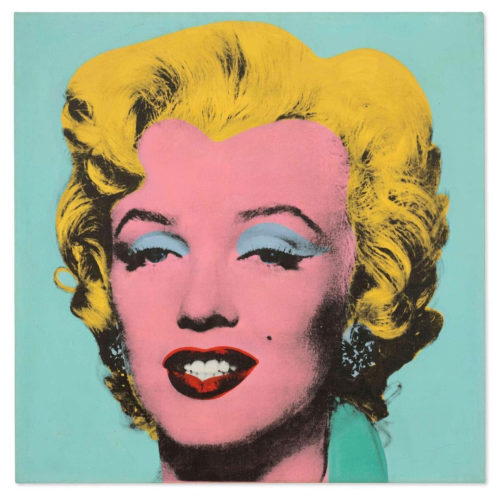 Tory Britain: a care home with an army attached

“There is a tangible stench of decay surrounding the Tory party,” says Sam Ashworth-Hayes in The Spectator. Barely a month passes without a “grubby scandal involving sex, money, or both”. But far more significant is its complete lack of vision for the country, beyond taxing the young to pay for the old. What have the Conservatives achieved over 12 years in power? Prices are rising, wages are stagnant, and inflation is soon set to reach 10%. “In real terms, we’ll be earning less in 2025 than we were in 2008.” Rather than slashing red tape, the government has steadily expanded the state – and it’s not even as if we have European public services to show for our European levels of public spending. “As a share of GDP, Brits now spend almost as much out of pocket for private healthcare as their American cousins do.”

The lessons of Pearl Harbor

As the war in Ukraine drags on, Western powers are “tightening the screws” on Vladimir Putin, says Hal Brands in Bloomberg. The next move appears to be a European ban on purchasing Russian oil – which is the “right policy”, given oil money is the one thing “keeping the Russian economy alive”. But our leaders need to be clear-eyed about the risks. “Revisionist powers have sometimes become most violent when campaigns of economic strangulation against them are about to succeed.” Just look at Japan before World War Two.

The final day of a major EU summit began with 10 minutes of interpretive dance. Delegates at the Conference on the Future of Europe were treated to the performance by the French group Danse l’Europe, in which dancers moved to the sounds of soft string music and the choreographer whispering in French (“You have just arrived on the Moon… your hands become fish… You discover a new planet”). And to think, says journalist Harry Wallop on Twitter, “some people still scratch their heads and wonder how on earth Brexit happened”.

Since Guinness World Records was established in the 1950s, several categories have been retired, says Mental Floss – and “usually for good reason”. Fastest Time to Eat a Whole Roast Ox was scrapped in 1990 over health concerns, as was Most Beer Drunk in an Hour (the record was 36 pints). Some of the more off-piste categories to get the chop include World’s Heaviest Cat (a portly mog called Himmy, who weighed almost 47lb and had to be carted around in a wheelbarrow), and Most Guitars Smashed on a Single Tour, which was cut last year “due to guitar welfare”.

The Ship Inn Cricket Club in Fife is famous for its rather unusual home ground, says The Times: “the golden sands of Elie Beach”. The pub team can play only every other week – when low tide is in the afternoon – and have just four hours before waves submerge the pitch. The unique venue attracts competitors from all over the world, along with cricketing luminaries like Richie Richardson and Courtney Walsh. One fun rule: if you hit the soft rubber ball for a six into the pub garden overlooking the pitch, you get rewarded with your height in beer.

The Ukrainian war is bad news for music fans, says the I newspaper. Europe gets most of its nickel from Russia, and since March the price of the metal has spiked 250% as supplies dwindle. Nickel is essential for making vinyl records, so the price rise had led to months-long delays at pressing plants and pushed the price of some new albums from around £20 to £35.

It’s a supermarket bag that sent Kenyan wildlife wardens into a spin after locals mistook it for a real lion. The deceptive tote, which was stuffed with avocado seedlings, frightened one farmhand so much that he called for an armed response. “We treated the incident with a lot of caution and seriousness,” the local chief told the BBC. “We first ensured everyone was safe then wildlife officials investigated and discovered that it was a bag.”

On the way back

A Virgin Atlantic flight from London to New York was forced to turn back 40 minutes after takeoff, after it became apparent that one of the two pilots wasn’t actually qualified to fly. Virgin blamed it on a “rostering error”, explaining that the “first officer” still hadn’t completed his final assessment. It’s an “oopsie in the sky with pilots”, says Gawker.

“Who could dislike a man who, when told he’d been voted the ‘most popular German’, replied that he knew it was a very short list?”