Tory MPs are in “open revolt” against Liz Truss, says the I newspaper, with backbenchers accusing her of “abandoning Conservative values” at a “bruising” meeting last night. The PM’s senior advisers have told her to “rip up last month’s mini-Budget and raise corporation tax” if she wants to restore confidence in her government, says The Times. Royal officials may scrap plans to crown Camilla with the Koh-i-Noor diamond next year, says the Daily Mail. The 105-carat gem – which some argue was pinched from India by Queen Victoria – has pride of place on the Queen Mother’s coronet (below). Palace sources say there is “significant nervousness” that using it ceremonially could “scupper lucrative trade deals”. Elon Musk says he has sold 20,000 bottles of a newly launched perfume named “Burnt Hair”. The $100 scent is described on his website as the “essence of repugnant desire”. “With a name like mine,” says Musk, “getting into the fragrance business was inevitable.” 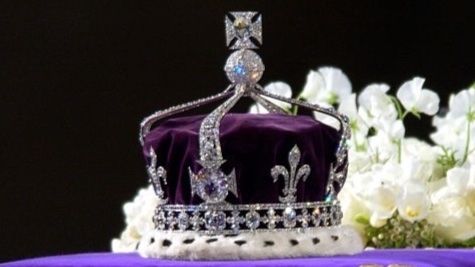 The secret of the West’s success

The world’s autocrats are having “a very bad year”, says Gerard Baker in The Wall Street Journal. In Russia, a modern-day tsar finds his imperialist ambitions thwarted by an army “a fraction the size of his own”, while thousands of his subjects flee to avoid his hated war. In Iran, the mullahs feel obliged to prove their virtue by “beating to death quietly defiant young women” and shooting dozens of their own citizens. In China, Xi Jinping’s “lunatic” zero-Covid policy and “ham-fisted economic management” reveal a regime in peril.

The real enemies of growth

When Liz Truss raged against the “anti-growth coalition” in her party conference speech, many of its “most powerful members” were sitting in front of her, says James Sean Dickson in UnHerd. Again and again, Tory MPs, councillors and voters oppose the construction of everything from houses to solar panel installations. Elderly homeowners “pose in front of derelict industrial wastelands” saved from so-called “inappropriate development”, all “grinning like Alsatians”. This is the simple reason for Britain’s “anaemic” growth rate: we refuse to build infrastructure and housing in our most productive regions, strangling the supply of workers to well-paying jobs. The nation which produced great Victorian engineers like Isambard Kingdom Brunel “has lost its nerve”.

The Twitter account @WeirdMedieval, run by Londoner Olivia Swarthout, has racked up nearly 500,000 followers by posting pictures of strange scenes from Middle Ages artwork. The self-described “proprietress of weird medieval guys” spends hours poring over digital archives to scout out the “oddly charming scenes”, says Input Mag, which she then captions with her “not-so-serious modern-day commentary”.

Nice work if you can get it

Boris Johnson has earned a tidy $150,000 for his first speech on the US lecture circuit. The former PM regaled a group of insurance brokers in Colorado with geopolitical anecdotes, including one in which he stole away with Angela Merkel at the Cop26 climate summit to share a bottle of President Macron’s “very fancy” French wine. Johnson got a standing ovation from some audience members, and after the 75-minute engagement, he left quickly to resume a private holiday with his family.

At a party held by the Belgian lingerie designer Fernando Sánchez in 1987, a young Mike Tyson was seen trying to force himself on Naomi Campbell. When one of her friends asked guests to make him stop, the man who gallantly stepped forward was the diminutive British philosopher AJ Ayer, aged 77, who demanded Tyson relent. “Do you know who the f*** I am?” shouted Tyson. “I’m the heavyweight champion of the world.” “And I am the former Wykeham Professor of Logic at Oxford University,” said Ayer. “We are both pre-eminent in our field. I suggest we talk about this like rational men.” The two men got chatting, and Campbell was able to slip out.

“The backless boy’s suit is here to stay,” says i-D magazine. Last month, “the internet went feral” when Timothée Chalamet stepped out in a ruby red halterneck, “playfully revealing the bare flesh of his back”. Fashion houses from Dior to No Sesso have also embraced the trend, designing shoulder-exposing wraps and fitted waistcoats with cut-out segments. It’s the very definition of “business in the front, party in the back”.

Chimps and gorillas can be friends, say researchers who spent 20 years watching members of the two species interact in the Congo basin. “It has long been known that these apes can recognise individual members of their own species and form long-term relationships,” says one of the boffins involved, “but we had not known that this extended to other species.” The biologists found that these friendships lasted over many years and were maintained in different contexts. Sometimes, members of one species would wander through a group of the other primates, looking for a specific individual, simply “to engage in bouts of play”.

It’s a T-Rex skeleton known by palaeontologists as Shen, which is expected to fetch up to $25m when it goes up for auction in Hong Kong on 30 November. “You’ve got just under two months to save up,” says Popular Mechanics, although you’ll need somewhere to put it. The skeleton, unearthed at the Hell Creek rock formation in Montana, measures 43 ft from teeth to tail and stands 16 ft tall. Register to watch the auction and place your bid here.

“If people did not sometimes do silly things, nothing intelligent would ever get done.”