Chancellor Kwasi Kwarteng has announced the biggest tax cuts for 50 years, totalling £45bn. Vowing to end the “cycle of stagnation”, Kwarteng has axed the 45p top rate of income tax, slashed the basic rate to 19p, reversed a planned rise in National Insurance and cancelled stamp duty on houses worth less than £250,000. Russian men are fleeing the country after Vladimir Putin secretly approved a law that could send a further million of them to Ukraine, says The Daily Telegraph. More than 1,300 people have been arrested in nationwide anti-war protests, with German officials pledging to take in any Russian who “hates Putin’s path and loves liberal democracy”. , says The Times, giving us the “crispest view” of the planet’s dusty rings since Voyager 2 flew past in 1989. (See below). 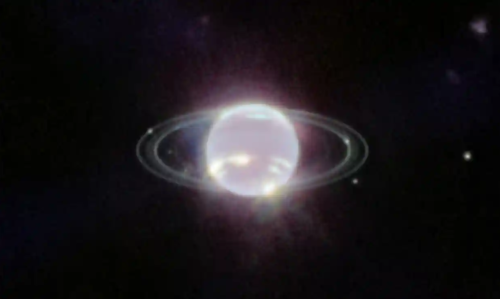 Believe them or not, Truss and Kwarteng are revolutionaries

Kwasi Kwarteng’s “mini-Budget” will do no good for Britain’s economy, says Martin Wolf in the FT. In 2022, the Thatcherism that he and Liz Truss espouse is a “zombie idea”. Margaret Thatcher herself successfully liberalised labour markets, curbed trade unions and privatised industries, and those changes stuck. By rich-nation standards, Britain has a low-tax, deregulated economy. It’s a “fantasy” to think that more deregulation and tax cuts are what we need, when it’s the things Mrs Thatcher failed to reform – land use, productivity and corporate governance – that really weigh on economic performance. “What is simple has already been done. What is left is hard to do.”

Last of the Hollywood divas

Photographer Alper Yesiltas has used AI to create a series of images imagining what prematurely deceased icons would look like had they reached old age. Among the portraits, titled As If Nothing Happened, are eerily believable depictions of Freddie Mercury, Jimi Hendrix and Princess Diana. When Yesiltas learned to use the technology, he “thought about what would make me the happiest”, he tells My Modern Met. “I wanted to see some of the people I missed again in front of me.”

An elite Russian soldier’s rant on VKontakte, Russia’s version of Facebook, sheds some light on the Kremlin’s dismal operation in Ukraine. Arriving at the barracks, Pavel Filatyev found no beds, often no power or water, and a pack of wild dogs roaming the building. The only food was stale bread and “soup” (raw potatoes in water); after being issued summer kit and the wrong-sized shoes, Filatyev was forced to buy his own winter uniform. He was eventually ferried to the frontline – without a flak jacket, no doubt “stolen or sold” – in a truck with no brakes loaded with mortar bombs. Higher-ups don’t know how bad it is because officials at every level lie to their superiors. “The Russian army is a madhouse,” he says, “and everything is for show.”

The secret to Taylor Swift’s prolific songwriting career is cool pens, says LitHub. Speaking at an awards ceremony this week, the 11-time Grammy winner revealed she sorts her lyrics into three “affectionately titled” groups: “quill lyrics, fountain pen lyrics, and glitter gel pen lyrics”. It all depends on what tool Taylor imagines in her hand when she scribbles each song down: the quill is for “antiquated” phrasings inspired by Charlotte Brontë; the fountain pen for tracks with a “poetic twist”; and the glitter for “frivolous, carefree, bouncy” lines that “don’t take themselves too seriously”.

TikTokers are reviving an old trick beloved by impoverished students: filtering cheap vodka through a Brita filter. Users claim the alcoholic trend makes the budget booze taste like water, says The Independent, with the Brita filtering out impurities. The technique works, but it only has any worthwhile effects on truly bottom-shelf spirits. “Please drink responsibly.”

On the way back

Firewood, which thanks to the energy crisis will be in high demand in Europe this winter. The scramble has started already, says The Washington Post: thieves are stealing logs from the back of lorries and cutting down trees in forests; in several countries, wood-burning ovens and furnaces “have almost completely sold out”. Residents of the former West Berlin are dusting off the coal- and wood-burning ovens that served as Cold War-era insurance against the Soviets disrupting energy supplies.

It’s a bee-inspired flying 3D printer, invented by aeronautical geeks at Imperial College London for building and repairing structures that are hard to reach. Fleets of the buzzing builders could ultimately be used for construction in difficult and dangerous locations like clifftops and tall buildings, and to help with emergency repairs in disaster zones.

“In three words I can sum up everything I’ve learned about life: it goes on.”