Boris Johnson is urging world leaders at the G7 summit in Germany to “hold firm” in support of Ukraine, says The Guardian. In a string of bilateral meetings, the PM stood as a “bulwark” against potential backsliding by the US and other top nations. Johnson’s rapprochement with Emmanuel Macron went so well, says Politico, the PM came out joking about “le bromance”. Unorthodox donations to Prince Charles’s charitable fund are to be investigated by the charity watchdog, says The Sun. The heir to the throne reportedly accepted €3m in cash from a Qatari sheikh, stuffed into a “holdall, a suitcase, and Fortnum & Mason carrier bags”. The real hero of Glastonbury wasn’t 80-year-old Paul McCartney knocking out bangers for three hours straight, says the BBC – it was whoever brought the flag with the slogan “this is a work event”. 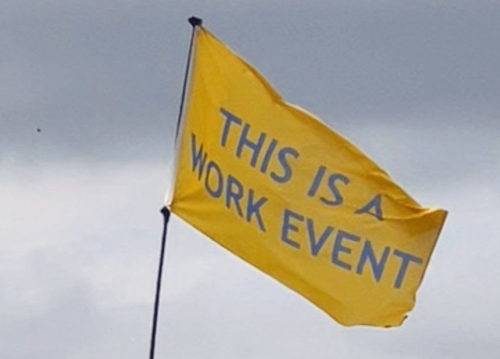 Why I despair of America

A modern Hamlet with a sense of humour

The world’s languages vary hugely in the way they spell out laughter, says the Big Think website. Instead of “haha” or “lol” there’s jajaja in Spanish, høhøhø in Norwegian and kkkkk (pronounced “kah kah kah”) in Portuguese. In China, Mandarin speakers have several options if they want to stick to onomatopoeia: there’s the familiar “haha” (哈哈), but also “hehe” (呵呵), and “hihi” (嘻嘻). More common online is a series of numbers: 23333. This refers to #233 in an old lineup of emojis (above).

Britney Spears recently married the Iranian-American model Sam Asghari – and Iranians all over the world are delighted about it. The bride and groom even made the cover of Tehran, a Persian-language magazine published in California, with the caption: “Once you go Persian there’s no other version.”

Psychology boffins have found that people are more attracted to rounder faces and bodies when they’re hungry, says Tatiana Tenreyro in Mel Magazine. Weirdly, they prefer rounder objects as well. “So, if you’re still starving waiting for your toast to pop, maybe satiate yourself in the meantime by looking at that big, thicc refrigerator.”

It’s the Queen, at least as far as mashed Glasto-goers can make out. The hooded woman was filmed watching Robert Plant on the Pyramid Stage, and viewers speculated that Her Majesty was taking a break from royal life to indulge in some classic rock. “That disguise is fooling nobody,” wrote one Twitter user.

“Diplomacy is the art of letting somebody else have your way.”