Liz Truss has defended her economic plans on local radio stations this morning, insisting she “had to take urgent action to get our economy growing”. But it was “squeaky fund time” yesterday, says The Sun: pension funds holding £1trn in British savings were narrowly rescued from “disaster” by the Bank of England splurging £65bn on government bonds. Hurricane Ian has made landfall in Florida. The 500-mile-wide cyclone has battered the state with 150mph winds and 18ft storm surges, leaving more than two million people without power. . Maya was born to a surrogate beagle mother in June and is still healthy 100 days later. 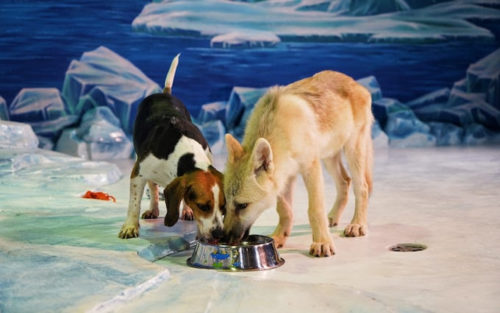 Why dictators should fear women

Wouldn’t it be fitting if the macho regime in Moscow, and the misogynistic one in Tehran, were brought down by women? “The possibility is no longer remote,” says Bret Stephens in The New York Times. Protests in Iran, sparked by the apparent police killing of a woman wearing her hijab improperly, “are the most serious since the Green Revolution of 2009”. The security services have been “overwhelmed” by their scale, and there are reports that Supreme Leader Ayatollah Ali Khamenei – who had a firm hand on the tiller 13 years ago – is gravely ill. “But the biggest factor is the female factor.” The demonstrations are led by women, and unlike in 1979, when they protested against the hijab alone, this time men are at their side

Last of the Hollywood divas

This video of a yellow-and-blue ribbon eel pootling through the reef has racked up almost a million views on Twitter. “Beautiful,” says one user, “and a Ukraine supporter! 👊”

“Amazon’s robots are getting closer to replacing human hands,” says Vox. Its new “pinch-grasping” system is kitted out with multiple cameras to help it “see” what’s in front of it, allowing it to pick up a new item and deposit it on a metal chute every three seconds. That works out at more than 1,000 items an hour – and unlike humans, the robot never gets tired.

The next time your smug friend extols the many health benefits of wild swimming, says The Times, tell them to wind it in. Researchers in Norway who reviewed more than 100 studies on cold-water dips found a few “positive signs” they are good for the body – but most of the sample sizes were too small to be conclusive, and it wasn’t clear whether the swimmers “were healthy because they swam or swam because they were healthy”.

It’s ironic, says John McDonnell in The New Statesman. When I was Jeremy Corbyn’s shadow chancellor, the media ran “story after story” predicting that our expansionary economic plans would cause a run on the pound. I asked people in the City how to ensure that wouldn’t happen, and their response was always the same: “The markets do not like surprises.” Investors may not “like or agree with” your policies, I was told, but they want to know them in advance. That, as much as anything, was Kwasi Kwarteng’s big mistake last week. “There is a significant difference between pulling rabbits out of a hat and delivering a high-voltage electric shock.”

It’s Gwyneth Paltrow, who celebrated her 50th birthday in the traditional fashion, says The Daily Telegraph: “stripping naked for a photoshoot inspired by Goldfinger”. The actress and entrepreneur said being half-covered with shimmering gold powder was about “expressing that sense of energy and optimism that I’m experiencing”. It’s not the first time Gwynnie has worn her birthday suit on the big day: last year she shared a naked picture of herself in a bathtub; in 2020 she “stripped off in the garden”.

“Only in Britain could it be thought a defect to be ‘too clever by half’. The probability is that too many people are too stupid by three quarters.”